The Most Fascinating, Abandoned Property On Ambergris Caye, Belize

The Most Fascinating, Abandoned Property On Ambergris Caye, Belize 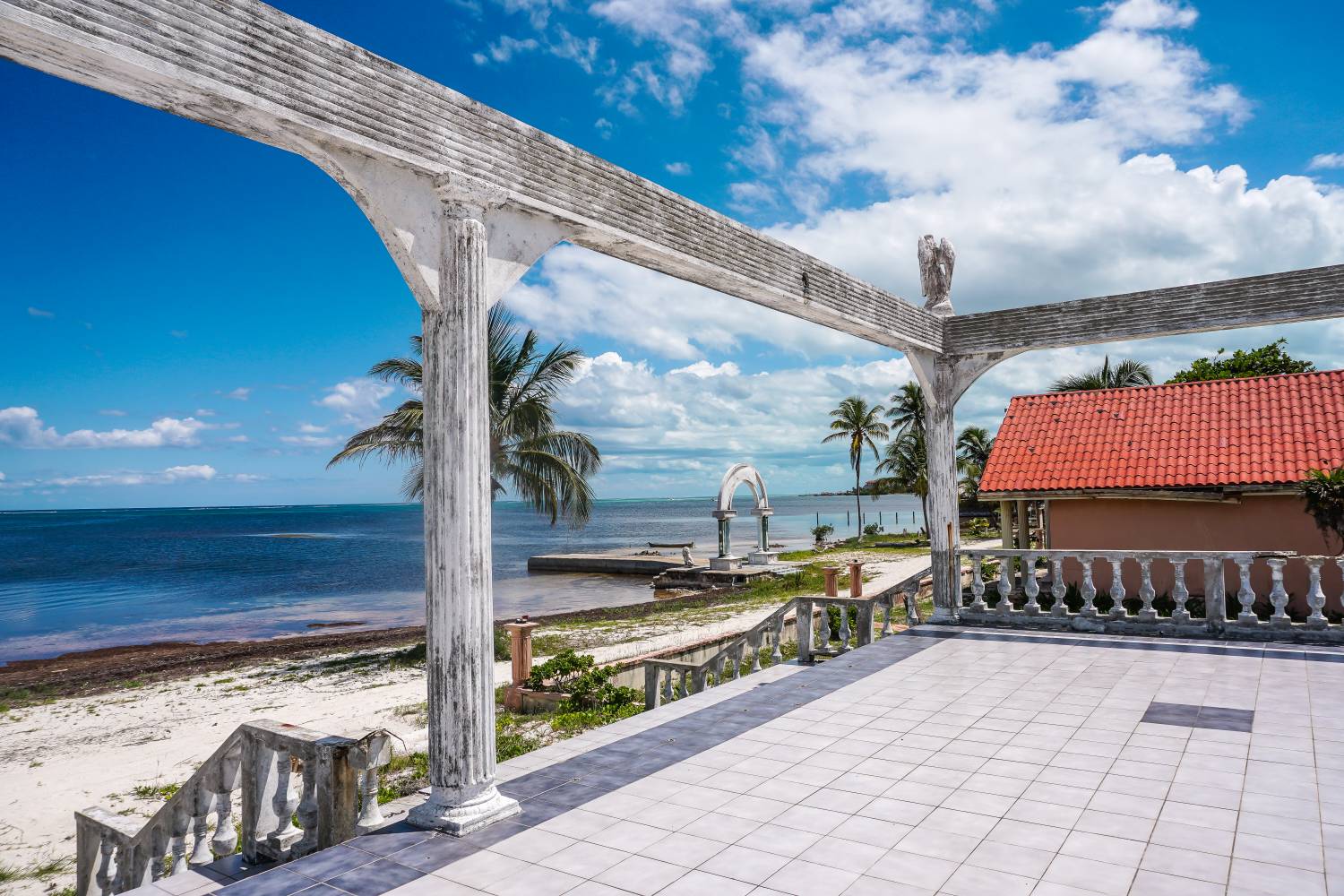 Where is Essene Way located?

Essene Way is a huge abandoned, yet oddly beautiful property nestled between two major resorts in San Pedro – Coco Beach and Captain Morgan’s. The way I came across this abandoned property on Ambergris Caye, Belize was when I was checking out other resorts with my dad and sister. We were on our way back from the Secret Beach, and decided to check out Coco Beach Resort and the new developments next to it. When you’re looking out at the ocean from Coco Beach, the new developments are going up to the left of it. Curious ol’ me wanted to check out what was to the right of Coco Beach Resort, and this is when we stumbled upon this glorious abandoned property, Essene Way. This was better than Disneyland! I felt like an archaeologist who just hit a jackpot. The crazy thing is, usually you can google something and find a ton of information on anything. But there are only a few articles on the history of Essene Way, and the story is fascinating.

Here is the backstory I gathered from locals, forums, and the few articles I found on this gem. 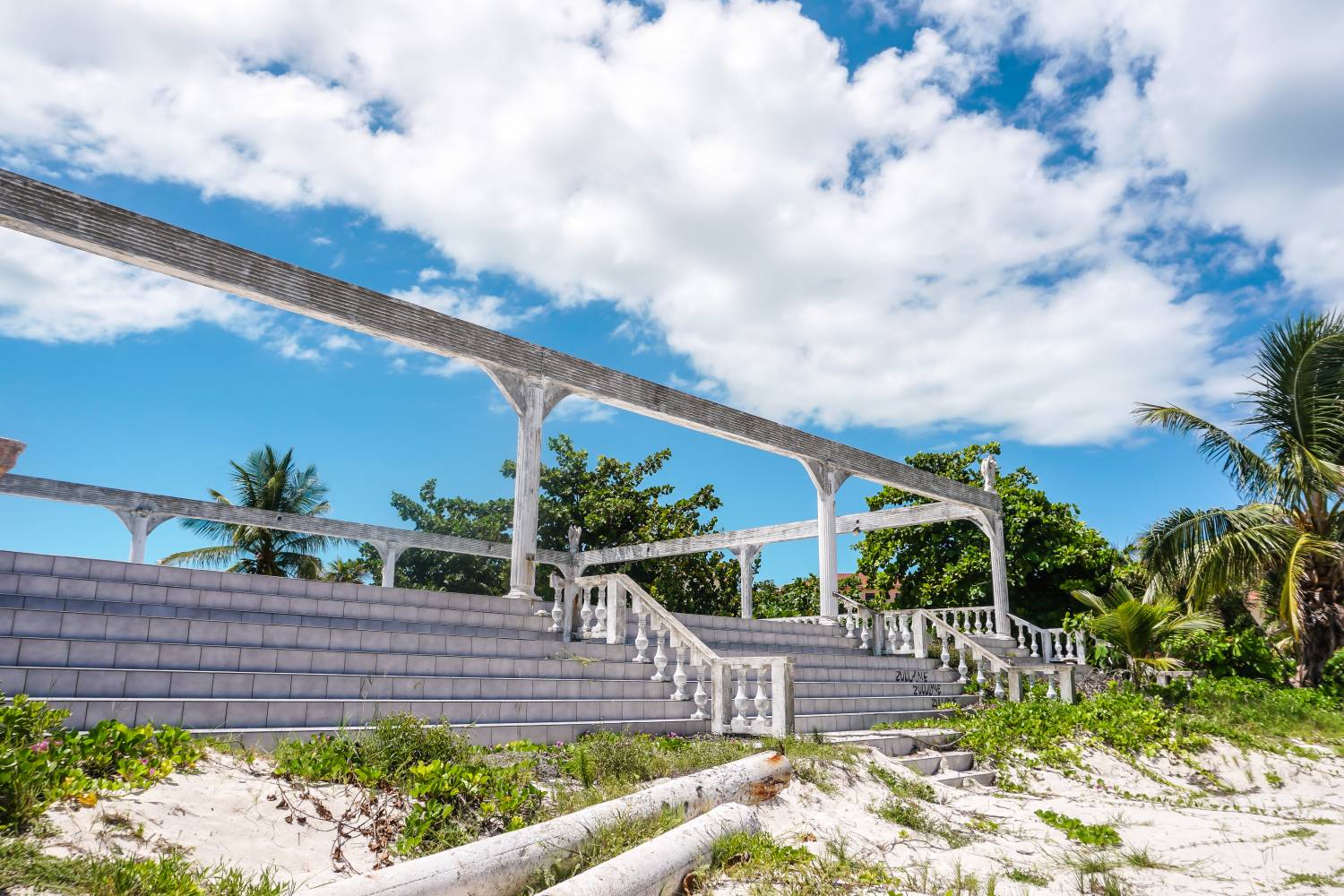 Back in the early 1980’s, the original owner, whom was heir to the Perrier water fortune, developed the luxurious Belizean Hotel. The owner and his French family were known as big entertainers who loved to throw lavish parties often. When he died, the property was sold to some developers who built condo-cabanas, but then the bank took the property back.

This is where the story gets intriguing…

According to Belizefirst.com, the property was then purchased in 1993, renovated for $7 million USD and then opened in ’97 by Florida developer, biblical scholar and food supplement entrepreneur, Tom Ciola. Ciola’s original intent for the property was to offer free vacations to terminally ill adults. However, the hotel and restaurant did eventually open to the public. Mr. Ciola entered into a $2 million contract with an American company for complete solar energy which was the largest solar-panel installation in Central America. Ciola’s goal was to make the resort 100% humanitarian. (Rates at the time were about $125 per night).

The resort is said to have been equipped for the possibility that 2000 (that Y2K media hype) was the end of the world. Ciola had the property prepared for doomsday with a large stockpile of food and supplies. He built a survival dome and stocked it with food, brought in an array of pairs of animals and black dirt for growing all their own food. The resort was said to be a lavish hotel, yet a kitchy New Age religious retreat.

Fun fact: There was a reverse osmosis water treatment system in place…

Unfortunately, Ciola did not buy hurricane insurance. And when Hurricane Kieth hit in October 2000, all 1200 solar panels were lost.

But what is Essene?

The word Essene defines a sect of early Judaism and very early Christianity that flourished between the 2nd century BC to the 2nd century AD.  They were characterized by a strict and simple lifestyle, celibacy and living in a organized, communal way. 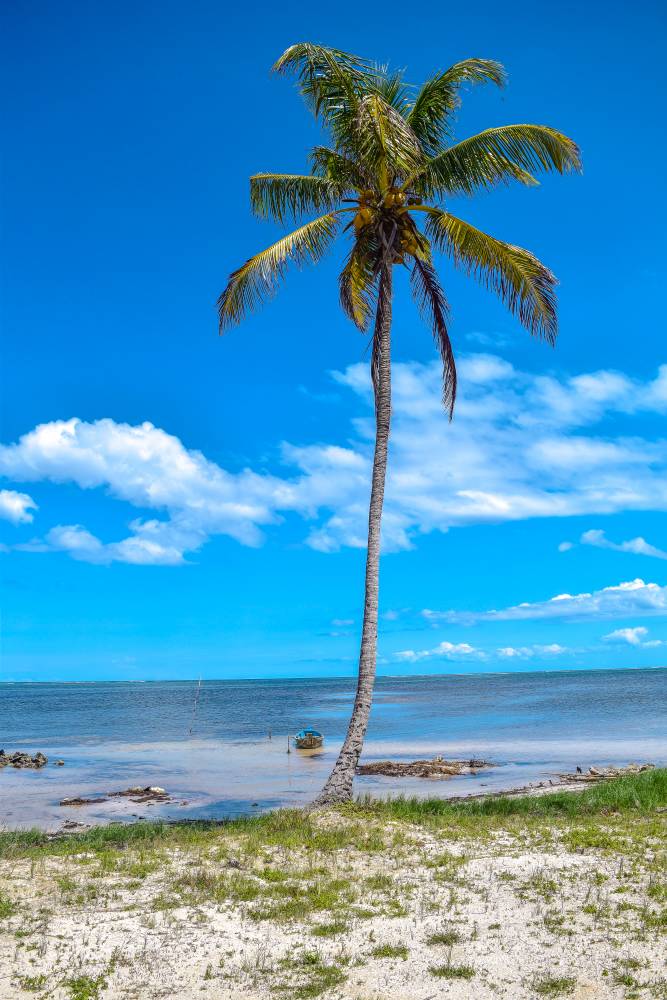 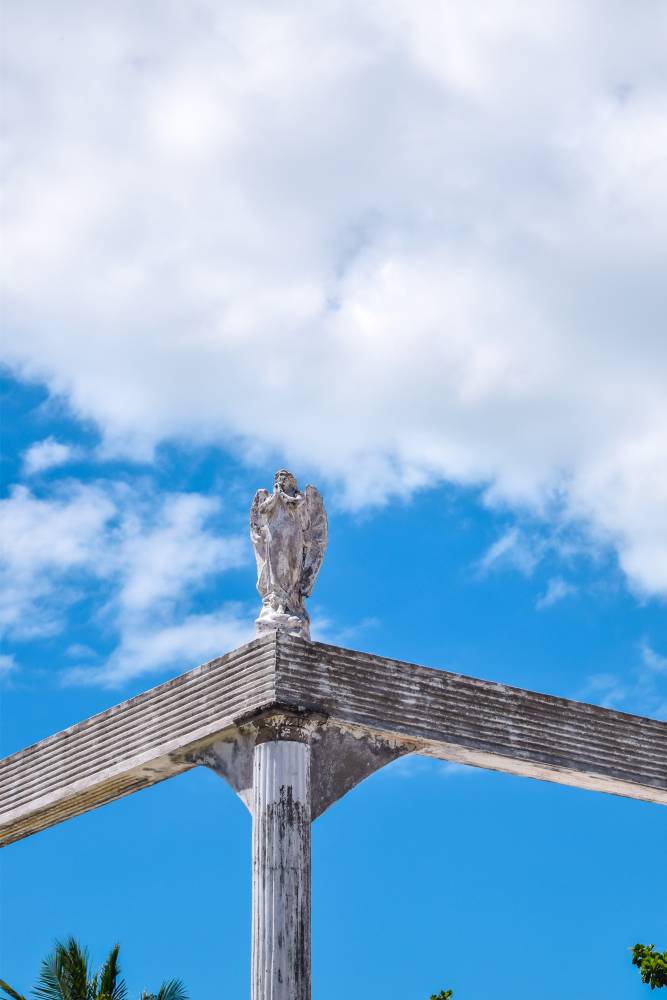 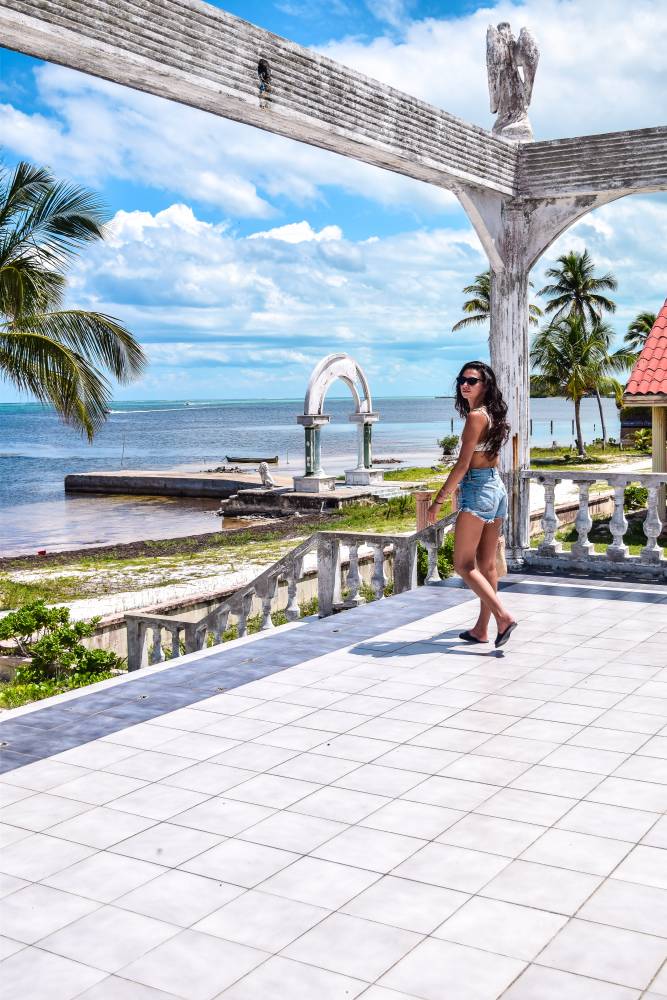 What no one has written about is how the property was hit by another hurricane in 2016. This hurricane completely took out the dock, pushed over the wall which separated the property from the ocean, and destroyed many of the statues. The abandoned resort is overgrown with trees and grass has a wedding chapel, a cracked basketball court, biblical references all over, a large raised pool surrounded by angel statues, a huge cement whale (Jonahs’ whale), an eagle statuary, and an elaborate arched dock entrance with lion statues. To my surprise, there are actually a few people living on the property in the new condos that were built on the south end of the property.

This abandoned property on Ambergris Caye, Belize is fascinating and hauntingly beautiful in an eerie way. 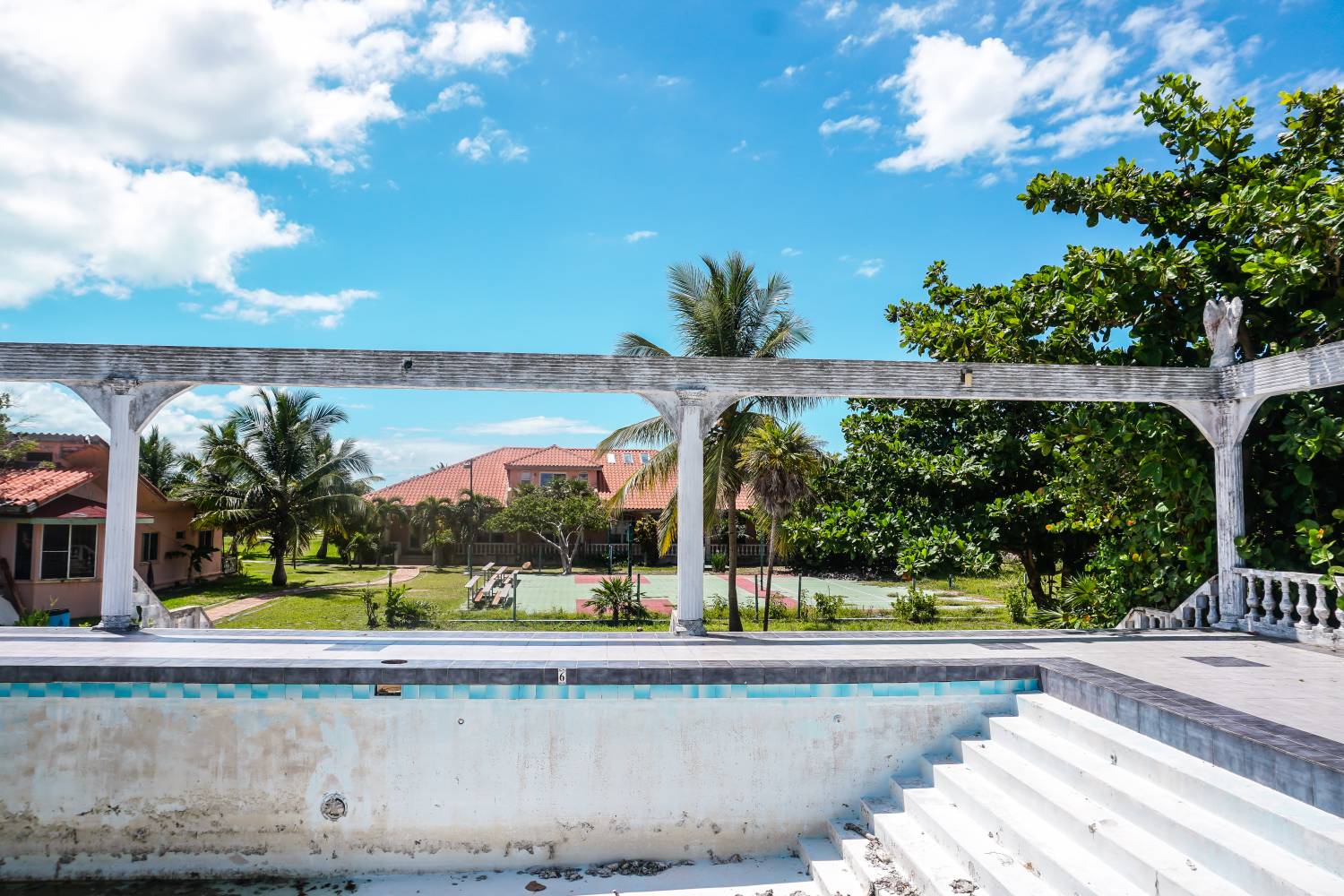 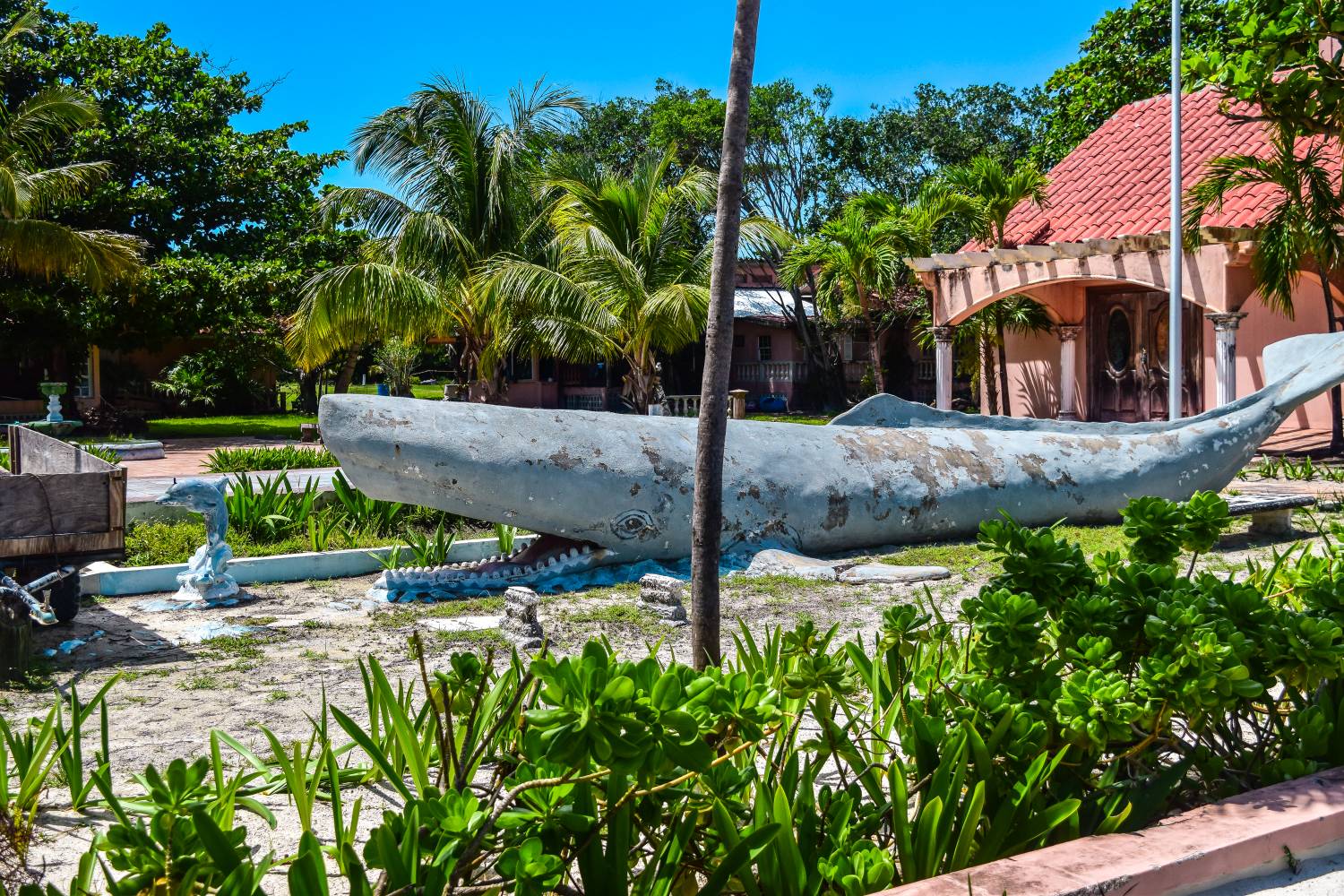 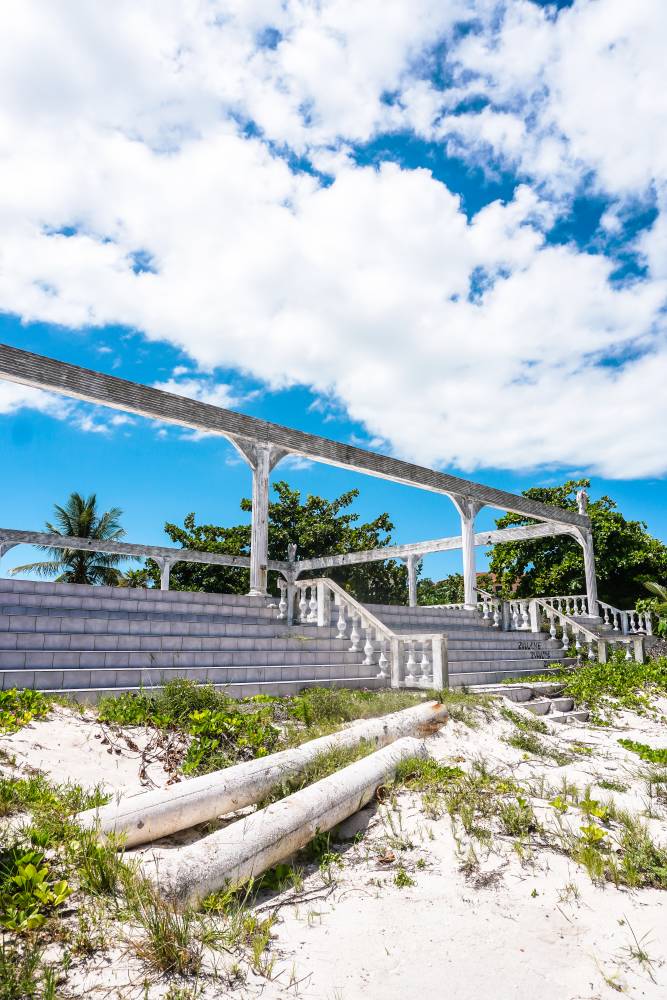 What’s next for the property?

Currently, the property is under contract with another resort on the island – Las Terrazas. It is on hold for development, so we really don’t know what’s next for this property. 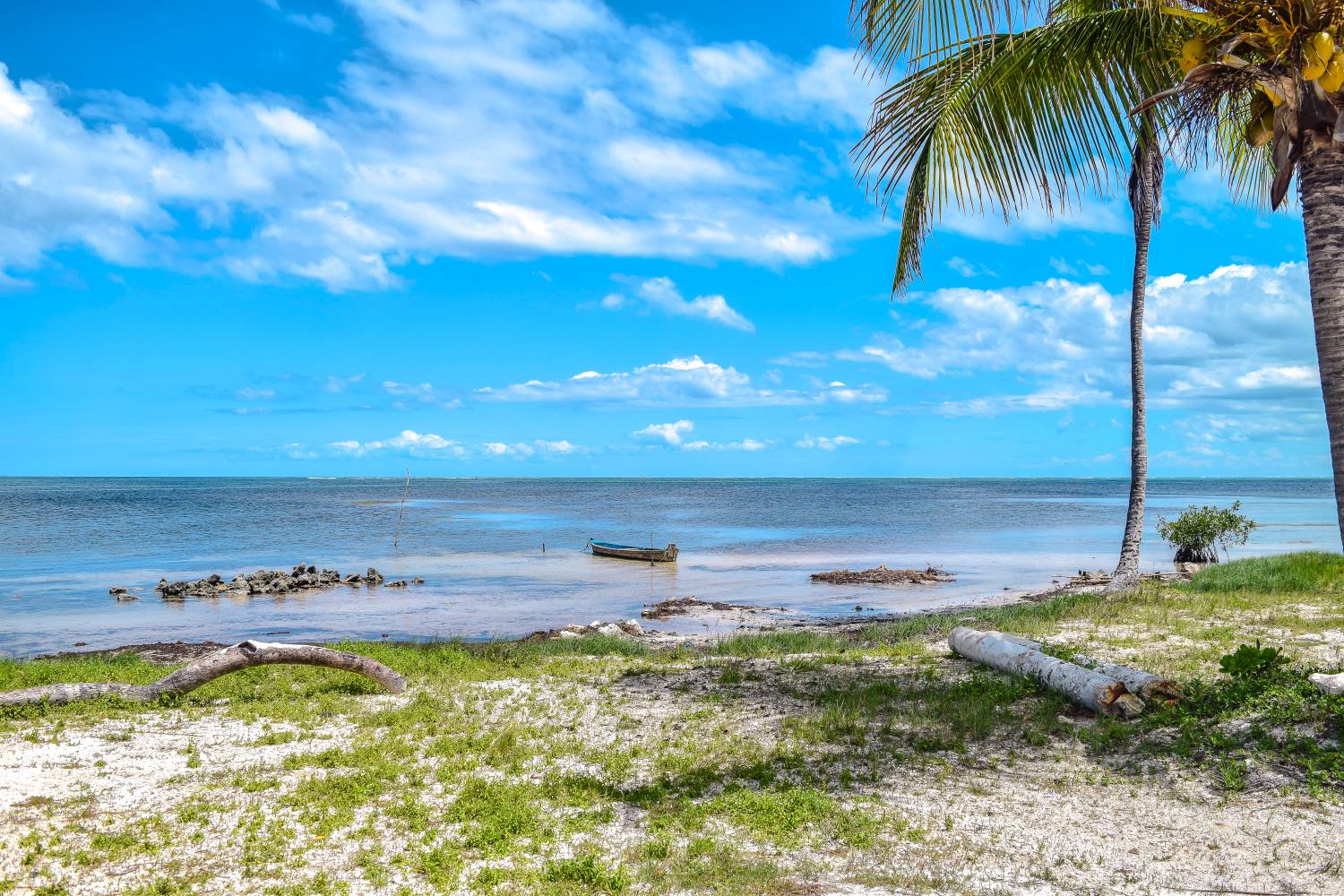 Essene Way is one of the most underrated hidden treasures of Belize. I hope reading this taught you something or inspired you to visit Ambergris Caye for yourself.