After many requests (which I love because the more we all eat vegan, the better for the planet & animals & health!), I’ve finally put together my list of the best vegan restaurants in Los Angeles that I go to regularly and highly recommend.

I love the fact that new, diverse & delicious vegan spots continuously pop up in LA. We’re so blessed to live in a place where eating healthy is an easy and delicious option. The better we eat, the better we feel, and the better we feel, the better we can be. And obviously there’s a ton of health benefits that go along with a plant-based or vegan diet. If you’re interested in that, check out the new documentary “Game Changers” on Netflix.

But let’s get to my list of the best vegan restaurants in Los Angeles because I try to not be a preachy vegan. 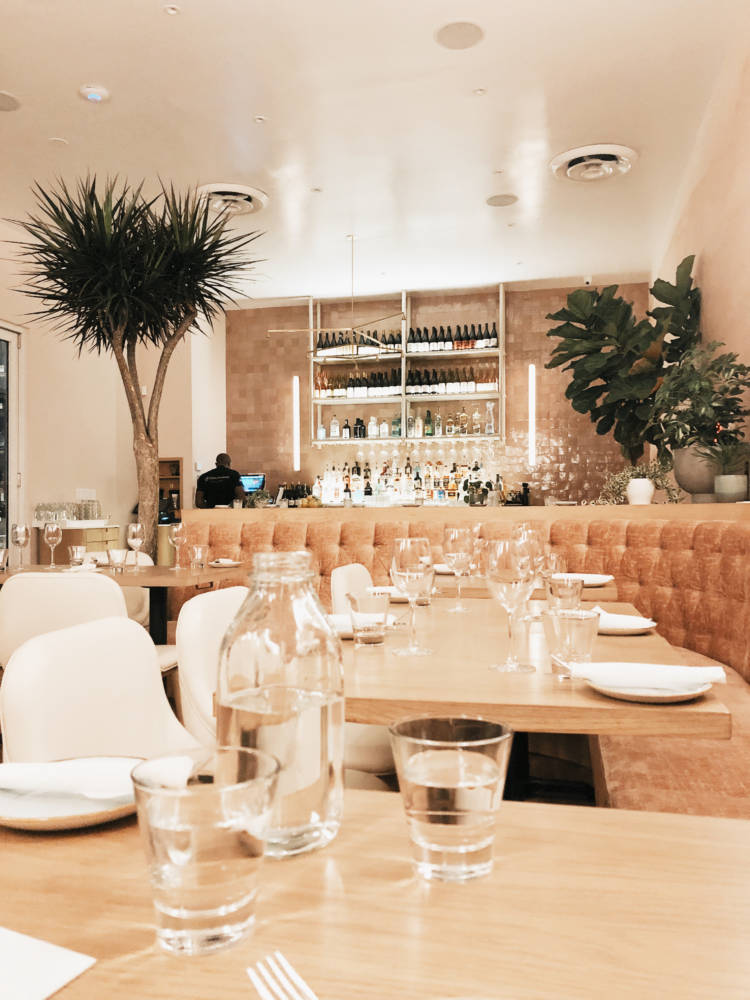 Fresh on Sunset is a newer vegan restaurant in WeHo that I LOVE. It’s a sit down restaurant, but you can also get their fresh juices, pastries, tea, and coffee drinks to go. (I’m addicted to their vegan hot coco – definitely worth trying.) The setting is super chic and it’s in one of my favorite areas – right in the mix of chicness. 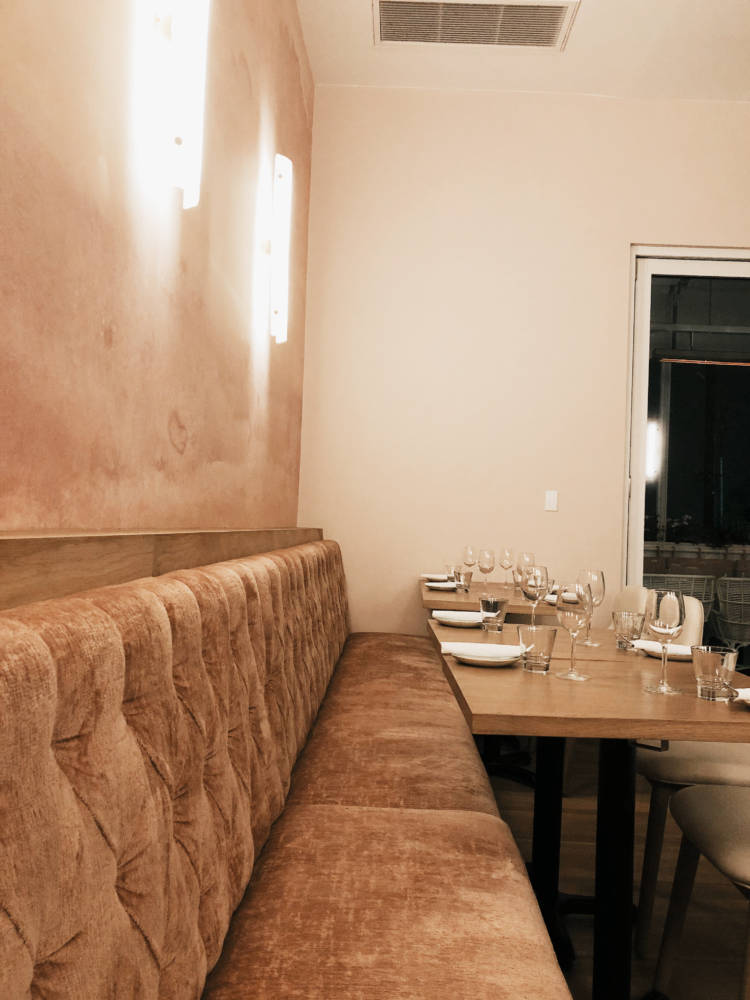 Real Food Daily has been around for years, but it’s still one of the best vegan restaurants in Los Angeles. It’s a sit down restaurant, but I typically order delivery from here because they’re on Postmates:) The food is fresh, consistently delicious, and perfectly filling.

Crossroads is a vegan restaurant that consistently mixes up their menu with new, delicious dishes. I like how often they mix it up because food can definitely get boring, but they make it a point to keep it new, inventive, & delicious. Go here if you’re looking for a cozy & friendly vibe.

Nic’s on Beverly is definitely one of best vegan restaurants in Los Angeles that is open all day for every meal. What I love about Nic’s is the diverse menu with a plethora of options, and the quality of food.

Finally! A vegan Italian wine bar & restaurant! I love Pura Vita because not only are they plant based, but they even have gluten-free options. Each dish is full of flavor and delicious. I usually order Pura Vita on Postmates, but the restaurant & wine bar is super cute & cozy too.

Gracias Madre is a vegan Mexican restaurant that’s become an LA hotspot. The drinks are superb, the decor and location are chic, but the food is meh. Honestly, I think the menu could use some updating, but the drink menu is great. After eating here I recommend you walk down the street to Cha Cha Matcha which has the best matcha lattes & more that can be made vegan:)

Cafe Gratitude has multiple locations and is owned by the same company as Gracias Madre. I like the food here for lunch occasionally, but after finding out the founders have their own cow farm, I was turned off. It’s a good vegan option if you’re close by, but I wouldn’t go out of my way to eat here.

This is one of the most flavorful and unique vegan restaurants I’ve ever been to. I wish they delivered or were located closer to where I live so I could go everyday, but it’s in Studio City. (And you know how Laurel Canyon traffic is lol.) I went here with Joe and we both still think it’s the best and most underrated vegan spot in LA. Every dish had so much flavor and left us feeling satisfied. Everyone who works here is super nice too – just a cool little spot. 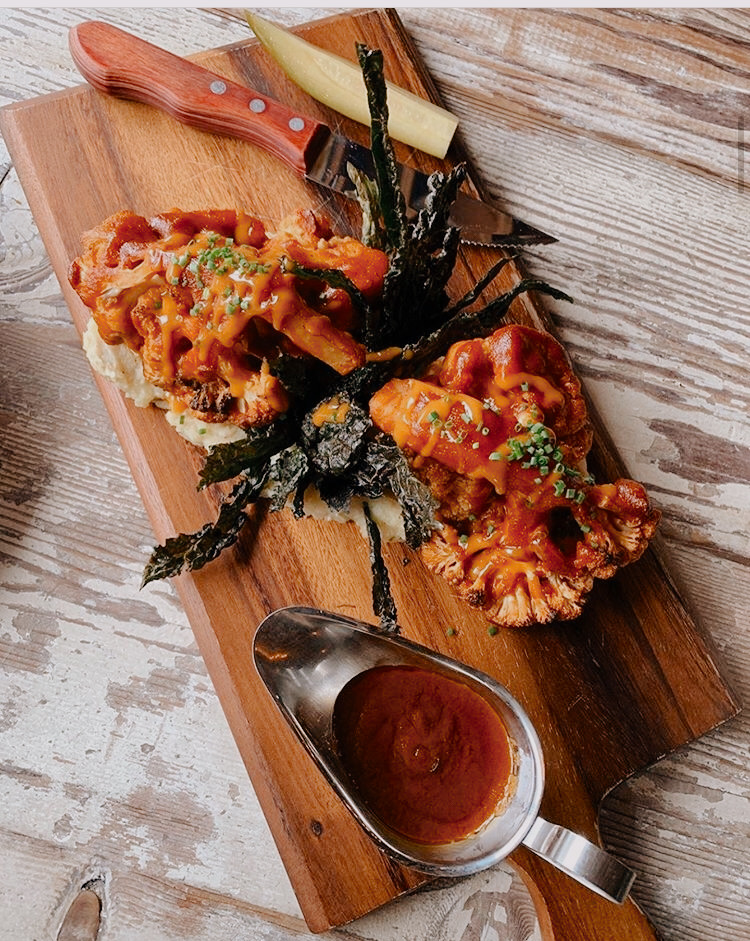 Vow Burger is my new favorite casual vegan spot located right on Fairfax. I go here every week because it’s quick, easy, and the most delicious. My favorite is #2 – the cheeseburger lettuce wrap. The lady who always works there is kind of cold, but she reminds me of NYC people – straightforward & efficient.

Sugar Taco is a great vegan Mexican restaurant that is also available on Postmates. Can you tell I’m obsessed with food delivery services yet? I’ve only tried the tacos from here, but they also have vegan burritos, nachos, quesadillas, and churros. They even have a dog menu! So cute. So LA.

More of the best vegan restaurants in LA

Below are more restaurants I recommend that aren’t all 100% vegan, but they have great vegan options available.

And shop my ethical & sustainable silk scarf line A.M. Club 🙂 Use code AMLUV at checkout for 20% off all items:) 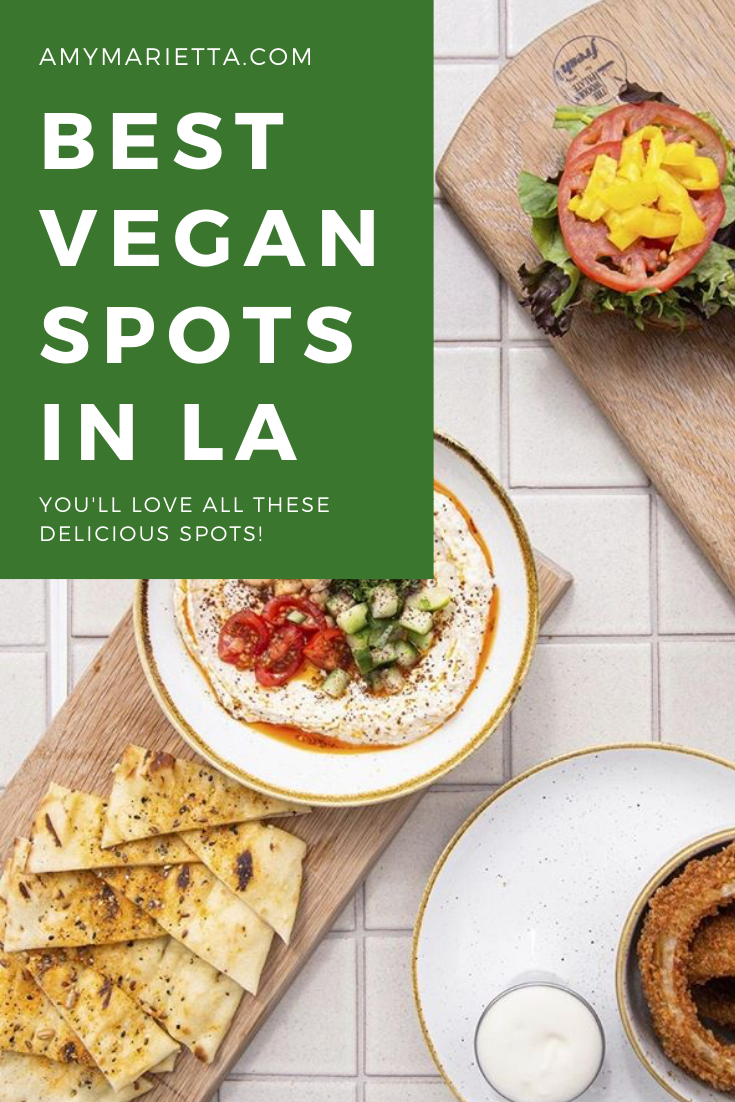